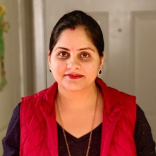 The basic need to protect our feet from external harmful elements and injuries led to the invention of footwear. As it is said that necessity is the mother of invention, perhaps it’s the mother of evolution also. The footwear industry has evolved over the centuries and this seemingly basic need to protect the feet has Vbecome an important part of the nation’s economy.

Virola Shoes have been one of the leading manufacturers of many leading footwear brands ranging from the cross-class city. Their forte lies in affordable pricing with high levels of comfort and style.

Virola Leathers is a family business established in the year 1950. Initially, it was started as a leather trading house in Agra Uttar Pradesh, but gradually it paved its way into footwear manufacturing for the domestic market only to make its presence globally by entering the export footwear market under the name Virola International in 1989.

The business demeanor and understanding of the market trends enabled Virola Shoes to launch their independent shoe venture by the name Alberto Torresi for the Indian domestic market, which came into being in the year 2010.

“The brand started from scratch and increasing the business, the reach of the brand, adding new styles, getting the company up and running is always a journey in itself.”, said Mr. Ishaan Sachdeva, the Director of Alberto Torresi.

Alberto Torresi has always and is still striving for maximum customer satisfaction. The company has, since incorporation, reached many milestones and the credit is owed to its esteemed customers. According to the director, the ongoing crisis of Covid-19 has caused immense damage to the entire footwear industry, particularly that of formal shoes, which is the main highlight of the brand.

Now, because of the pandemic, the company plans to get into more product categories, slightly more into casual line, for example, the upcoming Flyknit Collection.”, he said. He further said that the company intends to style comfortable and stylish open footwear, to cater to the demands of the market and attract more and more customers.

Unlike most other consumer categories that either recovered or have seen demand surging after the pandemic-induced lockdown, some discretionary products such as the clothing and footwear industry are still struggling to mop up higher sales.

Talking further about the effects of the pandemic and measures taken by the companies to continue penetrating the market, Ishaan said that there have been colossal moves and changes with our new reach/assortment because of the pandemic.

The shift to digital has been witnessed throughout, Virtual fashion shows and department shows will comprise the new normal. He also said that there were a few drastic steps taken at various places like Staff cutdown etc. “Thankfully, there wasn’t a large number of staff cutdown, we obviously had to let go of few employees due to some changes in the factory and recruit new people. But the number of people working has remained the same, only the requirements have been changed.”, Ishaan explained.

According to him Stock-holding pattern also showed slight changes, because the products which are in demand now were a little different before Covid times. It is now more towards the open/lounge footwear side instead of formal footwear.

Speaking about the price point in which the brand sells out the most of its products, Ishaan said that considering the quality of the Alberto footwear and the amount of hard work that is put in while manufacturing each footwear elegantly, the footwear is quite pocket- friendly. The price starts from INR 2000 and ranges to INR 6000.

Alberto Torresi Footwear is in a league of its own. Through the foot-wears, the brand thrives to consummate performance in style – something that the new-age clientele quests for.

Get notified about exclusive offers every week! 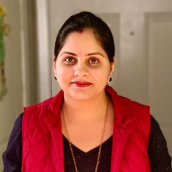 Winter Fashion Trends: The Only Looks You Need to Know 2019

Get notified about exclusive offers every week!